What is Carbonic Maceration?

What is Carbonic Maceration? 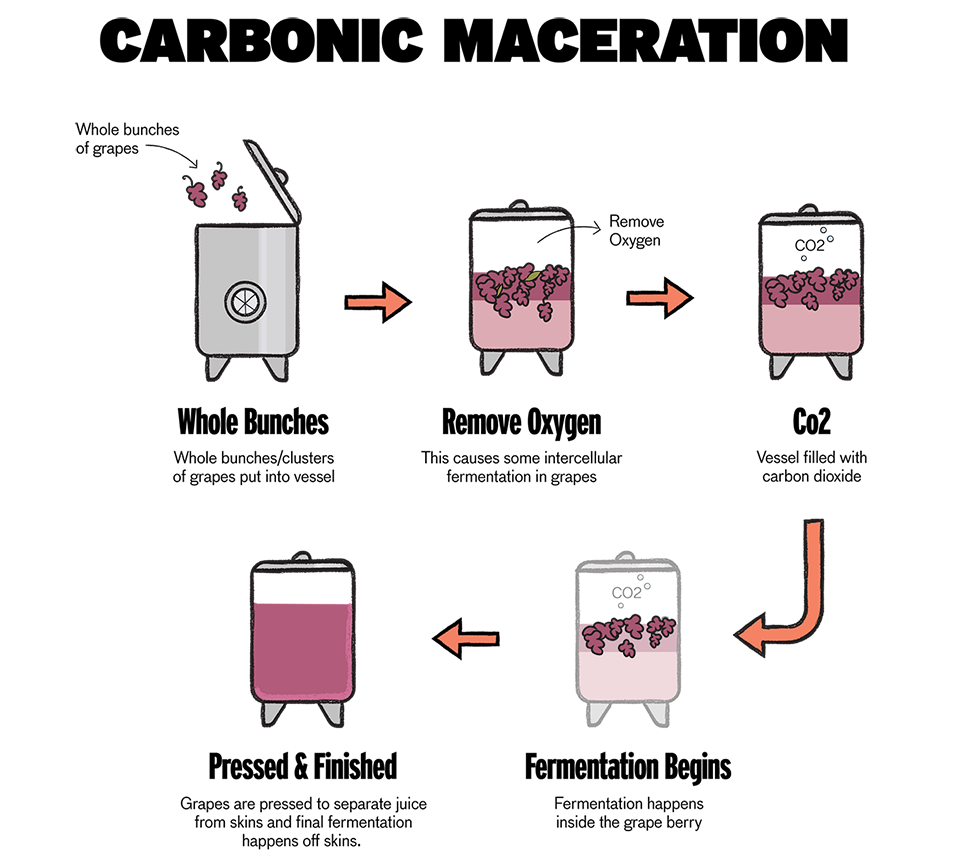 It creates a light-bodied red wine with fruity aromas and flavors of banana, bubblegum, kirsch, or sometimes even cinnamon. But you still get the varietal characters from the grape itself. Beaujolais, France championed this technique, thank god! I don't know where I'd be without Beaujo. In additon to carbonic maceration, Beaujolais is the fatherland of the natural wine movement thanks to Jules Chauvet and his protogee, Marcel Lapierre.

Why is carbonic maceration popular within the natural wine movement?

Well for starters because the movement pretty much began in Beaujolais, where carbonic maceration has been tradition for generations of winemakers. But also because when you think about it, it's a very low-intervention way of making wine. You basically (sorry winemakers I know your job is hard as hell), throw some grapes into a sealed vessel (without oxygen) and let the berries ferment intracellularly the way they would out in a field somewhere. Then they explode and pretty much make the wine themselves. But also, this light, fruit-forward, low-tannin style has made a comeback. Critic, Robert Parker, and his 100 point scoring system made the entire Baby Boomer generation (sorry) think that the only good wines were HUGE, jammy af, high alcohol, and wayyy too much new oak. Those Parker 100 point Napa Cab's are like drinking blackberry jam through a vanilla straw that has been doused with rubbing alcohol. But drink what you like, don't listen to me.

Anyways, now folks are starting to realize that it's nice to have some reds in the mix that are light, playful, elegant, and delicious to consume young.